The Storm Prediction Center has parts of West Michigan in a Marginal Risk area for possible severe thunderstorms Tuesday PM/night. We’re at the east edge of the threat area and the primary threat would be damaging wind. The threat area is generally north of I-96. For us this would be Tuesday night. There is a better chance of severe weather across MN, WI and Upper Michigan

SPC says: “Widely scattered severe thunderstorms are possible on Tuesday and Tuesday night from the Upper Mississippi Valley into the western Great Lakes. Severe gusts appear to be the primary hazard.”

It’s also possible that storms may miss us Tue. night, but redevelop ahead of a cool front Weds. PM. to our southeast. 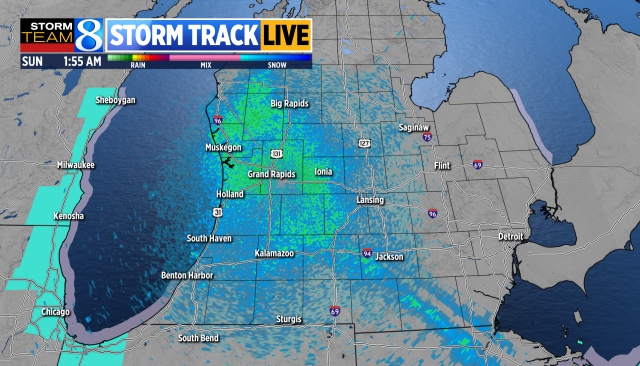 In the meantime. Look for scattered showers and a chance of a t-shower today. The best chance of rain will be southeast of a line from S. Haven to Lansing. Some slow-moving showers will produce locally heavy rainfall.

ALSO: Check out the satellite pic. of Lake Superior and Lake Nipigon below. Note the cumulus clouds over the warmer land – none over the cooler water. The white area over Lake Superior is fog.

MORE: Man bowls 900 series (my highest game was 258 and that was back when I was in high school). Video from the top of the world.

Thanks for signing up!

Watch for us in your inbox.

Trump calls for return of docs seized at Mar-a-Lago

Trump calls for return of docs seized at Mar-a-Lago

Bags lost or damaged while flying? Here’s what to …

Community-wide prayer service for a safe and successful …

To The Point: Looking at 29th Senate district race

Bags lost or damaged while flying? Here’s what to …

Man killed in US-131 crash near Kalamazoo

Fall of gas prices: Does it mean inflation is reducing?