THURS 11:30 PM – Ian is still a significant storm – It was a Category 4 – when it moved onshore into SW Florida. The storm has crossed central Florida and weakened over land to a Tropical Storm. It reemerged over the Atlantic Ocean northeast of Daytona Beach and intensified back to Category 1 hurricane strength. The storm is spreading heavy rain up into the Carolinas and that will move up into western Virginia.

Watch the news for drone and helicopter pics. of the barrier islands and shore areas of the mainland. There has been very significant damage. Some homes broke apart or floated away. The causeway to Sanibel and Captiva Islands was washed away in several places. Sanibel is known for the volume of shells that are on the island’s beaches.

The path of storm looks similar to Hurricane Michael. That storm did significant damage to northwest Florida in October of 2018. The Panama Beach/Mexico Beach area. A gust of 139 mph was recorded at Tyndall AFB. I read one report that said that damage to aircraft there was 6 billion dollars. My first thought was – they knew a hurricane was coming – why didn’t they fly the planes to a safer location? 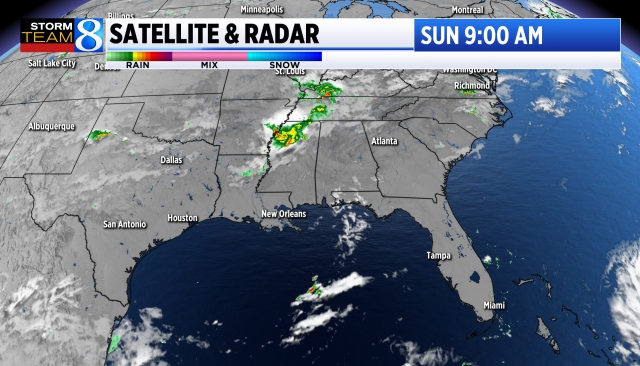 Check out the coverage from our sister station in Tampa, WFLA.

Here’s the 7-Day Rainfall Forecast from the Weather Prediction Center. Note the very heavy rain expected (mostly from Hurricane Ian) in the southeast U.S. Note also the rain in the Great Lakes was heavier downwind (northwest wind) from each lake. There was general showers and this included lake-effect rain showers as this cold air comes over the relatively warmer lakes.

There will continue to be a few, widely scattered “monsoon” mainly afternoon showers and thundershowers over portions of the Western and Southwestern Mountains. Rainfall Saturday Sept. 24 included 0.10″ at the Deer Valley Airport in Phoenix AZ, 0.10″ in Carefree AZ and 0.14″ at Truth or Consequences NM.

Driver dead in crash with tree in Allegan Co.

Driver dead in crash with tree in Allegan Co.

There’s no need to stand in line when traveling

Best deals on popular gifts that will arrive in time …

How to wrap a present

These discounted stocking stuffers are worth buying …

Best Black Friday deals that are half-priced or better

Black Friday gifts and essentials to buy for yourself

Start your Cyber Monday shopping now with these early …